Tree, when considered in a computer science sense, is a part of a graph which is acyclic. There is no possibility of cycles in a tree. It always grows in one direction. Following are the terminologies in a tree:

Important concept need to be learnt in a tree is: “Every node in a tree can become root of some subtree”. 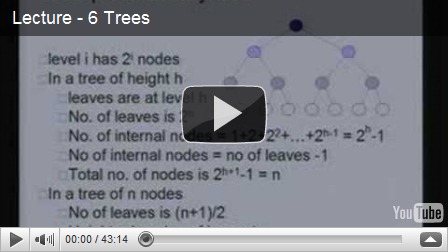